If You Are a Victim of Dating Abuse, You Might…

Your abuser is counting on you to be too scared or ashamed to tell anyone but abusive behavior never resolves on it's own and tends to get worse over time.

If you are in an abusive relationship, please seek help IMMEDIATELY!

Talk to someone you trust like a parent, teacher, school principal, counselor, social worker or nurse. You should know that some adults are mandated reporters. This means they are legally required to report abuse to authorities such as the police or child protective services. You can ask people if they are mandated reporters and then decide what you want to do.

If you want help deciding whom to talk to, call a crisis or abuse hotline. You might also consider a trusted family member, a friend’s parent, or older sibling or cousin. Just make sure you get the support and help you need — nobody wants you to be abused and your friends and family want you safe and protected. 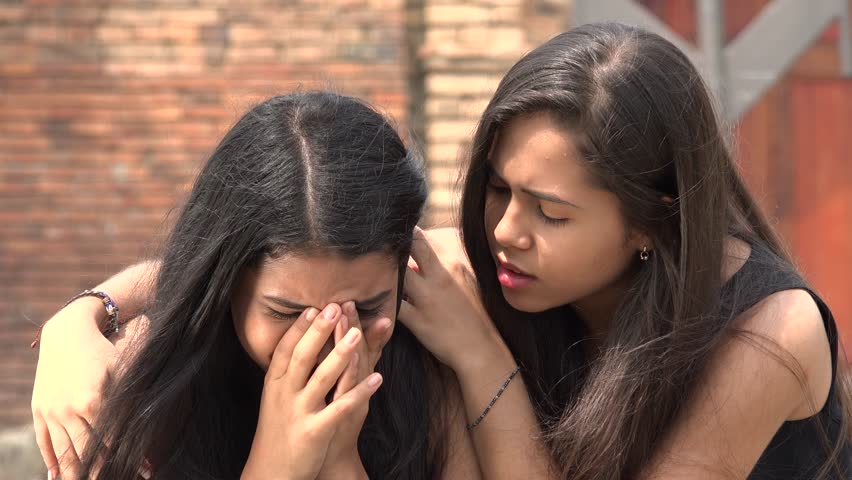 If you know someone who might be in an abusive relationship, you can help...

- Tell your friend that you are worried for her.
- Be a good listener.
- Offer your friendship and support without judgment
- Ask how you can help.
- Encourage your friend to seek help.
- Educate yourself about dating violence and healthy relationships.
- Avoid confronting the abuser. This could be dangerous for both of you.

It's important to not make immediate demands of your friend or threaten to get others involved. Abusive relationships are psychologically complex and your friend may actually see YOU as the problem and shut you out if you don't approach this situation carefully.

Their insistence in staying in the relationship and defending of their abusive partner will not make sense to you and it may even make you angry but making your friend first feel supported and understood is key. Until they feel that, they may not be able to trust or confide in you.

If your teen is in immediate danger, call the police!

Knowing or even suspecting that your teen is in an unhealthy relationship can be both frustrating and upsetting, but as a parent, you play a critical role in helping her embrace healthy relationships and can provide life-saving support if they are in an abusive relationship.

What Can I Do?

Look for some early warning signs of abuse that can help you identify if your teen is in an abusive relationship before it’s too late. Some of these signs include:

As a parent, your instinct is to help your child in whatever way you can. This need to help can drive you to react without thinking, but sometimes acting impulsively could stop the conversation before it begins. Keep in mind that the psychology of abusive relationships is very complex and needs to be handled differently than a disciplinary situation.

Here are some things to consider when trying to help a girl whom you suspect is experiencing dating abuse:

When talking to your teen, it's imperative to be supportive and non-judgmental. It takes a lot of courage to admit that she's in a bad situation, especially when her instincts up until now have been to protect her partner and minimize any abuse.

Let your child know that it’s not their fault and no one “deserves” to be abused. If they do open up, it’s important to be a good listener. Your child may feel ashamed of what’s happening in their relationship.

Many teens worry that their parents will overreact, blame them or be disappointed in them for remaining in the relationship. Others worry that parents won’t understand or think they are being overly dramatic. If they do come to you to talk, let it be on their terms; listen and treat them with understanding rather than judgment. Victims of abuse are often fragile and need to feel heard. Offer your unconditional support and assure her that you believe her account of what she is going though.

Let your daughter know that you are concerned for her safety. Point out that what’s happening isn’t “normal" and she is worthy of better treatment by a partner.

Talk About the Behaviors, Don't Criticize the Partner

When talking about the abuse, speak about the behaviors you don’t like, not the person. Criticizing a partner your teen may still be in love with is a surefire way to drive a wedge between you and discourage your teen from asking for your help in the future. Instead of saying, “He's so controlling” you might say, “I don’t like that he texts you so often to see where you are.” This way your teen doesn't feel like you are disparaging someone to whom she may still feel very loyal.

Resist the urge to give an ultimatum such as “If you don’t break up with him right away, you'll be grounded" or "If he comes anywhere near you, I'm calling the police"  If you try to force the decision, you may get the opposite result and drive them closer together — and united against YOU. Your teen has to come to this decision on her own in order for it to be truly effective. Trust that she is working towards freeing herself. Knowing she can count on you for support will empower her more than ultimatums.

When you’re talking to your teen about a plan of action, know that the decision has to come from them. Ask what steps they would like to take next. If they seem reluctant or uncomfortable discussing this with you, help them find additional support from a women's abuse or crisis center, where there are many experts who can guide your daughter. If they want to talk to a peer advocate any time of day or night, they can call 1-866-331-9474, or text “loveis” to 22522

But My Child Isn’t in an Abusive Relationship

It’s never too early to talk to your child about healthy relationships and dating abuse. Starting conversations — even if your child isn't dating yet — is one of the most important steps you can take to help prevent dating abuse. They need to know that abuse is never normal or acceptable and they definitely need to know what healthy behaviors look like in a relationship so start talking sooner rather than later.